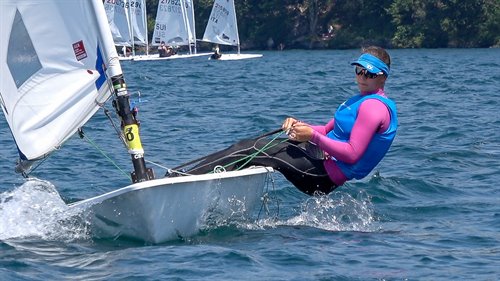 Ilca team of Circolo Vela Torbole still at the top at the European Youth Championships Ilca 6 just concluded in Croatia! Extraordinary gold for Alessia Palanti with an impressive sequence of excellent races: after scrapping a fourth she racked up two firsts, three seconds and two thirds, leaving the second placed Irishwoman Momahon 6 points behind. Brilliant sixth place, albeit with a hint of anger, Carlotta Rizzardi, who in race 7 when she was in the top 10, took two "yellow".
When she was in the top 10, she got two "yellows" and consequently a disqualification, which weighed on the final ranking. Congratulations to our two athletes and to our coach Fabrizio Lazzerini!